Home » About Us » Our Leadership » Patrick Watkins 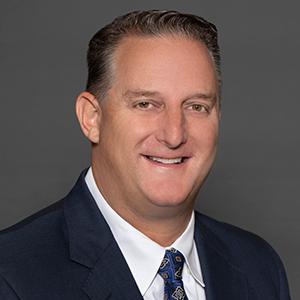 In the local community, Patrick served as President of the Austin chapter of the Community Associations Institute from 2008-2010. He currently serves on the Board of the Austin Symphony and is an Advisory Board Member of Caritas. Patrick is also a member of Entrepreneurs’ Organization and Young Presidents’ Organization (YPO). Patrick continues to encourage community involvement within Watkins Insurance Group which in recent years has benefitted such organizations as the Austin Children’s Shelter, Susan G. Komen, Toys for Tots, the Austin Humane Society, Austin Pets Alive, and the Blood and Tissue Center of Central Texas.

When Patrick isn’t spending time with his wife and four children, he enjoys hunting and fishing.

“This note is to inform you that Heather Davis helped my wife Kristen and I save thousands on our Home and Auto Insurance recently. Working with her was a breeze and she quickly and efficiently helped us switch from Safeco to Nationwide. I'm sure this is "business as usual" in your line of work, but we were really impressed by Heather's turnaround time and her ability to find equal to or better than coverage at a much lower price tag. Just fantastic stuff!”