Home » About Us » Our Leadership » Andy Webb 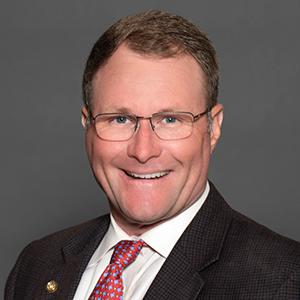 He is an active member of the Round Rock and Georgetown Chambers of Commerce including a member of the inaugural class of ASCEND and served as chairman of Leadership Round Rock from 2009 to 2016. Andy is honored to have received the inaugural Round Rock Chamber of Commerce Chairman’s Award in 2013 and Investor of the Year award in 2015. Other community boards include the Round Rock Chamber of Commerce Board of Directors and CHASCO Family YMCA Board of Directors. He has served as IIAT’s Young Agent Advisory committee past chair, a board member of the Williamson County A&M Club and Foundation, and was Chairman of the 2013 Texas Leadership Forum through the John Ben Shepperd Public Leadership Institute of the University of Texas of the Permian Basin. Other service includes being a board member of the Independent Insurance Agents of Austin (IIA – Austin) and Board of Directors of IMPACT, the political action committee of IIAT. Andy has served on the City of Georgetown’s Planning and Zoning Committee since 2014 and the Georgetown ISD Education Foundation Board since 2016.

In 2013, Andy was elected to serve on the Georgetown Independent School District Board of Trustees in Place 3 and re-elected in 2016 for another three year term.

When not working, Andy loves spending time in the country with his family.

“I want to compliment another member of your team: Tommy! He is stellar and wrote one of my staff members the nicest e-mails about her soon to be newborn baby. Watkins is truly an answered prayer for me as an administrator.”